It takes a lot of work, a lot of volunteers, a lot of costumes and a lot of paint to make a successful stage show! Last week saw the opening night of the Whitehaven Theatre of Youth (WTOY)’s performance of the magical Aladdin Jnr at the Solway Hall in Whitehaven and the efforts from those involved certainly wowed the audience!

WTOY have a very clever fundraising approach to help pay for all those little extras that take a production from script to stage, with each little performer having their own sponsor.

BEC was thrilled to sponsor three children this year and we had a very proud moment when they, and their acting buddies, aced the performance.

Rachael Doran, our Facilities Services Officer who instigated the sponsorship on behalf of her children as part of our Giving:BEC programme, said: “WTOY is a registered charity which fought long and hard to earn charitable status. It is a fantastic group run by an amazingly hardworking team of volunteers and are so accepting of all children – including those with additional needs. Their productions take a huge amount of hard work and dedication from all involved and of course, huge costs. The scheme where children find a sponsor avoids asking all parents for money on top of monthly subs etc, when parents have so many financial demands. We were thrilled that BEC was able to make a small contribution to this production and sponsor three performers.” 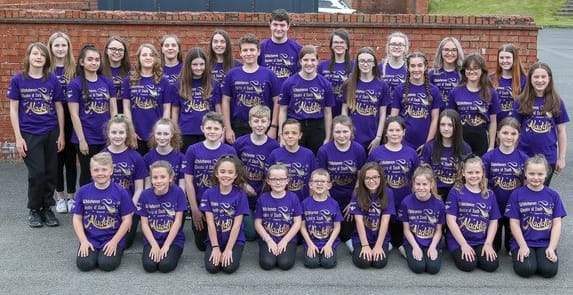